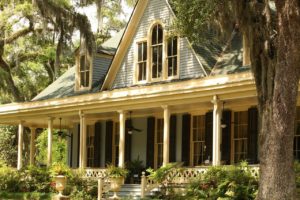 The Disappearance of the “H”

Verandah has lost its ‘h’. The editor for Heritage House Publishing pointed this out to me and, darn it, she’s right. When did that happen? Apparently, many years ago, and I hadn’t noticed. There are even well-established magazines devoted to the veranda—without the “H”. I did an informal canvas of my fellow musicians at our chamber group this week and only one person realized there was no “h” in veranda.

The word came from India, you know,” one woman told me.

If so, it should have retained its “h”.  But it’s gone and has been for some time. I must become more modern in our language as it changes with the times—within limits. I refuse to use “like” unless I am writing a simile. I have also spent some time this week on the plural of beer and bear. Apparently, only Canadians refer to the plural of beer as beer, or bear as bear. There doesn’t seem to be a reason for that. That is, of course, the joy of the English language. It doesn’t stay the same, it requires constant updating, and it changes within borders.

We had a wild wind storm complete with plummeting rain. My son-in-law tells me that the weather always changes on September 22nd. It’s his birthday. I know he doesn’t believe his birth is such a strong catalyst for change, only that he was born at a time of year when change is inevitable. I did have a mental picture of a baby giving a command to the universe. The weather was dramatic this week. From sunshine and warm breezes with the beach still full of families, to dropping temperatures and wave after wave of rain.

It forced me inside and kept me writing. My edited version of Pack a Candle A Nurse in Cariboo is due back at the publishing house next Tuesday, so I spent the week going over all the edits. It is remarkable how many errors, suggestions for change and deletions occur in a “perfect” manuscript. It’s the nature of writing that it can always be improved. The process never stops. I have changed words in one of my published books from which I was reading. I thought of a better word while I was reading to an audience and substituted it. Improvement is always tempting. There is moment when the editor says “That’ enough” and the book goes to print. And I don’t get a chance to change it any more, except in a subsequent edition, but the publishers rarely want much change even then. I once had the experience of a printer deciding to make changes in the manuscript—not for the better. That was surprising and profoundly irritating, but that is rare. In fact, I’d never heard of it before it happened to me.

I am looking forward to the release of Crime in Cornwall  the British Book Tour Mysteries Book II. October 13th is the day. You can expect to see notice of it coming through at regular intervals. The launch is not until December 5th. I’ll send out an invitation to the launch party when that date gets closer. In the meantime, Crime in Cornwall is up on Amazon and various sites for pre order.

Book Three is at the publishers. Book Four is in the works on my computer. I missed travelling to England this year. When Covid disappears, I think I’ll go for a month. We all have these plans. In the meantime, I go in my imagination.

In the meantime, as our Medical Health Officer says: Be Calm, Be Kind and Be Safe