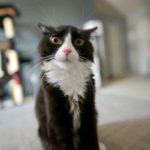 Of course, I have style.

Writing style is part of our personality: brash, in-your-face, shy, retiring, academic, rational or emotional. It is a little like clothes sense–something we develop to suit ourselves and to make a statement to others.

Our choice of long sentences or a short, rollicking profusion of adjectives or sparse and economical descriptions are part of who we are and what we value. I admire the style of Gillian Cross with her lush and evocative imagery, but I could never write in her style. I also admire the terse, efficient work of Judy Blume which is much different. Both writers have a developed a style that expresses their ideas in their individual ways. A Richard Scarry book differs greatly from a Beatrix Potter. Ursula K. Le Guin’s Earthsea books differ from Kenneth Grahame’s Wind in the Willows.

Style includes the use of metaphors, similes and imagery that makes writing so fascinating. Good imagery fits precisely into the story and enlivens it. Inappropriate or forced imagery strikes the reader as odd, as if that particular piece of prose belongs in a different book.

Consider the difference between the following two pieces of writing. The first is my rough draft of Cutting It Close (Lorimer and Company). The second is the revision.

Jessie and I were good, very good. We sliced around the barrels as close as peel to an apple and managed first place. Roxanne had to beat me next weekend on the last race to win. The         championship was possible, totally possible, and so near to me now that I knew I could reach out and grab it.

The problems with this first draft were the lack of concrete detail, lack of clarity about the importance of the race and not enough information about Jayleen’s feelings. The imagery didn’t serve the needs of the paragraph. Here is the revised draft:

Jessie and I raced that course with such precision that we could have modeled for a video called “How to Ride the Perfect Barrel Race.” We sliced around the barrels as close as peel to an apple and took first place with three-tenths of a second to spare. One more win would nail down the provincial championship. Roxanne would have to beat me next weekend in the last race if she wanted that title. The championship was so near to me now; the brass ring shimmered in front of me so tantalizingly close, that I knew I could reach out and grab it. [1]

Working hard at the revision, I added interest, exposed the character a little better and provided a change in the pace.

When you develop your style, be wary of clichés. They sneak into your writing like comfortable habits. You are used to them; everyone is used to them; they seem acceptable. Those common, ordinary phrases are usually too common. “As tricky as a snake,” “as fast as a bullet,” and “as dull as dishwater” are all over-used similes. Leave the old, comfortable clichés behind. Take ideas from the life of your character and create images from his or her experience. If your character is a skate-boarder you might say “as tricky as an S turn,” or “as fast as a twenty percent slope.” Take a fresh look at your character’s world and find ideas and images that come from that world. How much imagery you use is again a matter of style. That style comes from your habits of thought, your viewpoint on the world and your literary abilities. It is uniquely yours.

Writing for Children and Young Adults by Marion Crook