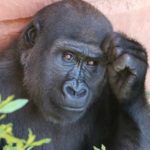 Stories share structural frames. Readers expect a certain framework. Stories have characters, a setting and some kind of plot. Somebody, somewhere, does something.

The stories we had read to us children, whether they were about pirates, rabbits or toads, likely revealed a structure of beginning, middle, climax and end. As we listened to them or them ourselves, we unconsciously absorbed this structure and learned to expect a certain shape. Different stories may have different morals and different assignment of virtue and vice, but they all have the basic components of character, setting, plot and a similar shape to the tales. Within these criteria we can write any kind of imaginative tale we like.

We have a template in our minds of what constitutes a story–character, setting and plot—so, where do we start? Well, that depends. My idea for a children’s story usually starts with my image of a main character, but I see her in a setting. So, for me, character and setting come marching together into my consciousness holding hands. Other writers start with an idea for a plot, and the character comes next. I wish I could find plots as easily as some of my colleagues. Mine seem to arrive after a great deal of work.

The protagonist needs an equally strong–or stronger—antagonist. The opposition to your protagonist’s needs and wants must be formidable or the story will be predictable. The conflict between them creates the plot.

Once we have created characters who live in our minds and clamor to get onto the page, we can begin to write about them. But we can’t start until you know where they live (setting) and what they want (plot).

The setting is the place or places where the action occurs and includes time. We may set our story in the past, present, future– or travel between time periods. I have been told by elementary and high school students that they like to write fantasy and science fiction because they don’t have to have credible settings; they can invent settings and no one can criticize them for being incorrect. Not true. We don’t get to do that. In fantasy or science fiction we invent the settings, but we must invent settings that are consistent and logical within the rules for that world and which make sense in this story. We can’t, for instance, design a story set in space and suddenly introduce gravity in the last chapter because we need to have something fall to the floor.

Our characters exist in a setting, but the plot is the story. When we begin plotting, we start with an idea, a character, a problem and a climax. For instance:

An idea: unconscious people can hear

A character: a seventeen-year-old hockey-playing boy

A problem: the local casino owners want to involve him in “fixing” games to help their hockey betting business

A climax: a spectator fight at a hockey game

The operative word here is “work.” Plotting keeps me awake at night, drives me to furious walks and arguments with loved ones. Plots take a knowledge of motivation, credible incidents, progressive, escalating events and a realistic climax–all the while maintaining a high level of literary style, accurate diction and correct grammar. It’s challenging, but it’s satisfying.

Writing for Children and Young Adults by Marion Crook